Where is Beckett Stone?

Beckett opened his eyes to a mural of The Milky Way Galaxy, splayed across a frayed and chipped ceiling, inside a dilapidated and musky former children’s bedroom. He smiled then, for he could have sworn he noticed the stars and the gaseous nebulae sizzle and sparkle. Ah the lights, the glorious lights…
He sat up and rubbed the sleep from his eyes.
Just across the ruins of the room, sat perched and poised, were a line of twenty bloated and greasy rats staring right at Beckett. Becket grinned and swatted the dust from his duds: “Well, hello furry creatures; and how are you this fine morning?”
As if a starting gun had gone off, the rats tore off and charged Beckett – gnawing and scratching at his clothes and flesh. One had hurried right up his arm and burrowed its teeth into Beckett’s scalp. Beckett’s face had turned from confusion to abject horror as he felt a sensation – pain – that he had never felt before. He dug into his pockets for his remote, but remembered it had been absconded. He was yelling. Why was he yelling? He was yelling because he was feeling pain. Beckett tried the bedroom door but the door had been boarded up long ago. His only option, his only escape, was a window and a thirty foot drop. As he got his right leg out of the window, he stomped a few tenacious rats with his left. Below, to cushion his fall – an odiously stained mattress lay out on the patio. He hung from the window ledge by his fingertips for a moment then let his body drop to the mattress.
Pain = check
Scared = check
As Beckett calmed down, feeling across his face to find where the blood was coming from – sitting uneasy on a bed bugged mattress, he surveyed the barren world around him. Well, it wasn’t exactly barren: there were 3 story walk-ups sticking up here and there, misshaped sidewalks, open lots and a smattering of trees, but they all seemed depressed; and yet, amongst the drab and lifeless world, the sound of a merry-go-round. Where was it coming from? Other than the sound of the wind, the timeless, yet creepy music of the merry-go-round, was the soundtrack to an immoveable, silent landscape. Like all the music he had heard while here, the organ sounds brought happiness to Beckett – as he ventured down Penn Street. Where was he going? He had no idea.
Beckett happened upon a ranch style house, completely gutted except for the beams. Within the confines of the structure was a man – dressed in pleated slacks and a dress shirt: clean and well groomed. He was on a cell phone and pacing inside what appeared to be a former kitchen area.
“Fuck! Fuck! Fuck! Where is she? Goddamn it. Fuck!” The man hit the speed dial number again and it went straight to her voice mail – without so much as a ring. “Fuck, fuck, fuck, fuck. Where could she be? Where? Son of a bitch!” He had begun dialing another phone number. Beckett watched calmly from outside the structure. “Nancy…she’s not home yet. I am starting to panic. She’s never gone this long without responding. I’m worried as hell. What? Yeah, yes. I am hanging up right now and reporting her missing. Huh? What? Yes, I remember what she was wearing. Yes. Okay…bye…” Beckett doesn’t know what to make of all this. The man is obviously distraught. “Hello, yes…I need to report my wife missing. Huh? Okay…yes, but please hurry…” The man had begun pacing again, this time, softly crying, cursing, talking to himself.
As Beckett watched this scene unfold, he was grabbed around in a violent headlock and slammed to the ground. Three youths were all over him, kicking and pounding and grabbing for whatever they could get. Beckett did his best to cover himself, for what they were doing to him hurt a great deal. One young man with a swollen black eye, from an earlier scuffle, tore Beckett’s right pocket from it’s seams and handed the wallet to his friend – a tall figure wearing all black, including a black mask over his face. What he found inside the wallet made him yelp.
“We fucking it the jackpot! Look at the cash this motherfucker is carrying. This must be seven to eight grand we have here. Holy fuck!”
“Let’s be easy on him then, and just kick him in his pretty face.”
“Yeah… yeah…motherfucker!”
The first youth let Beckett have it; kicked him right below his left eye, catching most of his cheek. His head rattled something fierce as he lay on the floor, bleeding from his nose and forehead. The three youths tore off down the street hollering like bandits.
Crap beaten out of = check
Beckett awoke to the firing of a gun.
With his cheek severely bruised and his left eye nearly shut, Beckett slowly lifted his torso from the pavement and leaned on his right arm, touching his face and grimacing in pain. In the distance, from the 7th Street overpass, eight corpses were hung. A banner running along the top of the bridge read: CARTEL KILLS JOURNALISTS WHO SAY FUNNY THINGS. BEWARE! Four gang members, dressed in plaid shirts and wearing black ski masks, fired their weapons into the lifeless bodies.

As night descended, human cries and howls could be heard piercing the blackness.
“What are those horrible sounds?”
“Who knows: child being raped, wife getting murdered, Nazis being set on fire…I don’t know. I hardly hear it anymore.
Suddenly, Beckett and Trudy were lit from the bright lights of a spectacularly large, two decker bus. The lights made more prominent due to the lack of overhead street lights.
A line had formed, and various hard luck types were boarding. Most had big grins on their faces and tickets in their hands. The destination on the side of the bus read “HOME.”
“Maybe we should get on this bus?” Beckett asked. “What else have we got to lose? I have to get back to the other world, maybe this is how I get there.”
“You and that other world,” Trudy said with a laugh, as she slowly stood up from the curb and slung the backpack around her back. “What have we got to lose, huh? Okay, let’s go.”
As they boarded the bus, Trudy noticed the bus driver smelled of booze. “Boom, boom, crash, and around we go again. Boom boom, crash – and around we go again,” Trudy sang as she walked down the aisle and found just two seats left: two, side by side for Beckett and she. As they got comfortable, one could tell right at the outset, that this was not going to be an ordinary bus ride. The bus tore off with the shrill shriek of rubber to road and started accelerating toward the ramp onto the Parkway. Passengers were bouncing in their seats as the bus climbed up the odometer.
Trudy paid no mind to the way the bus driver was driving. She calmly rested her head on Beckett’s shoulder. “You have to remember, Beckett, in a hell, the same horrors repeat themselves over and over again. This bus has no intention of going home: only back to hell. Boom boom, crash – and around we go again.”
The bus driver was guzzling down a bottle of Jim Beam as he punched the horn, weaving in and around vehicles. “Get out of the fucking way! Move it! Move it!” yelled the bus driver. He smiled as he moved in close, right alongside an 18 wheeler. Again he hit that horn of his, trying to get the attention of the rig driver. As the bus driver stepped on the gas, the bus crept up just past the truck but not enough. As the bus driver made his foray into the center lane, the back end of the bus caught the front end of the rig. The truck driver slammed his horn as the bus was sent spinning like a dreidel into the embankment. The bus caught fire immediately. As if drawn up in a comic book, a fireman was on the scene, climbing through the fire and debris. His sole mission was to get to Beckett. He reached Beckett and mightily dragged him up through the emergency door which was now above them. Through screams and burning bodies, the fireman placed a semi scalded and passed out Beckett onto the pavement just outside the bus. The fireman’s face was covered by a faceshield. From his pocket, he pulled out Beckett’s rope chain with the stone at the end of it. The fireman placed it around the burnt flesh on Beckett’s neck. Picking Beckett off the floor, the fireman carried him to a waiting ambulance. As the doors closed and the sirens sounded, Beckett opened his eyes. He could feel the rope chain around his neck. Relieved, he was already feeling better.
Rescued = check
Alive = check

One thought on “The Sailing Stone V” 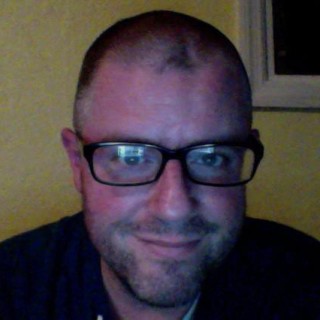